I was going to post an extension on Mother's day about sad stuff, but decided against it.

Instead, I'm going to recall the little family my husband and I are making, and the fact that he is going to be a father. His excitement is hilarious. He doesn't do anything cheesy or mushy which I appreciate. I didn't realize how much of a non-sentimental type person I would be in my romantic life, because my friendships are full of cheese and mush and lovey dovey shit. Not sure why the difference, but I like it this way and that's all that matters.

Anyhow, his lack of super sentimentality is not unnerving, because he's still sensitive and excited about it. He has Sun/Uranus, so he's more into curious questions and observations, which are always welcome and more often than not laughter inducing. He asked me the other day, "Are your hormones going to turn you into a crazy lady? My friend said his wife went berserk over little things when she was pregnant" I said I didn't know, I feel much calmer and less depressed than I have in years and hope that it continues throughout the whole pregnancy. But I would try not to rip his head off over little things if I felt the urge in the future.

His sentiment is somewhat out of the blue, another Sun/Uranus thing, I think. "She's going to be a girl, I had a dream about her already". He told me about this day dream he had about walking the bike path, holding the hand of our little girl who looked up and called him "Daddy".

And that's that. He's going to be a daddy. He is a daddy. We're sharing this experience together, this transformation from child to parent. It feels sudden, but it's been a long time coming.
No comments:

Just two weeks before mother's day, I took a home pregnancy test and discovered that I would soon join the league of motherhood myself. Mercury had barely begun moving forward again after a few weeks in retrograde. Though it felt like it had been years, the news I have been waiting to hear finally arrived and was met by husband and I with shock, awe and high tens. We just looked at each other, blinking...thinking, "is this really REAL?"

I can barely explain in words how my mind has been working since April 23rd. Me, a mother? What will the baby look like? I hope the babe gets Greg's curly hair and long eye lashes. I hope I don't get nausea. Why am I so sleepy? I know my gut isn't really a pregnant belly yet, but if it's ok, I'm going to pretend it is.

And of course, I've been thinking way too much about labor, especially today. I have been imagining what it might be like to go through that experience and every time I do, an immense fear overcomes me. What kind of pain will I go through? Will I be ok? What chances are there that I might not survive? Will the baby be born healthy, living, with all ten fingers and toes?

So many different fears have arisen from the depths of my deepest, darkest self.

The knowledge that there is a life forming inside me has the power to inspire me while also leaving me stricken with a fear I have never felt in my entire life.

The Moon was conjunct Pluto on the day I discovered I was pregnant, in my 8th house no less. I'm sure this aspect will emote more fear, trepidation, and anxiety than I have felt in my life and the hormones involved in pregnancy will only exacerbate this fact.

That was supposed to be a joke, but I have a feeling it's difficult to be funny right now.

Anyhow, Sunday was mother's day. Even though my first mother's day was a bit of a roller coaster ride of its own, I know that the next will prove to be much more inspired than riddled with fear. That mother's day story will have to wait until part two.

I have been thinking a lot about how I blog, what I blog, changing blogs, and all those sorts of things that go along with owning your own blog.

When I started this blog, I wanted to write about astrology. But... I need to write other things that have taken on much more importance in the last year. This involves more personal writing for my sanity. A lot of these things I want to write about just aren't appropriate for the world wide web. Even if they are appropriate, I'm not comfortable sharing them all. And that's what I need, a space to share all the feelings - comfortable and itchy.

I have a list of bloggers on my Google reader that I adore, most of which are fun, witty writers with an important overall message, "life is pretty great". I want to write like this, having a purpose for others. I could do that from time to time, but in reality, my writing is not at all like that. In fact, most of what I want to write about is downright depressing. And I don't need an audience for these kinds of thoughts, I just need an outlet.

Anyhow, I hope that my growing list of friends will motivate me to write more astrology. I would like to do this in addition to all the other plans I have for my future writing.

I would love to get some feedback on what kinds of things my readers are interested in hearing about from me, feel free to comment with suggestions. Thanks!
4 comments:

Wow. Let me apologize for the previous whiny post. Poor me. :rolls eyes:

Screw negativity. Let's move on, shall we? 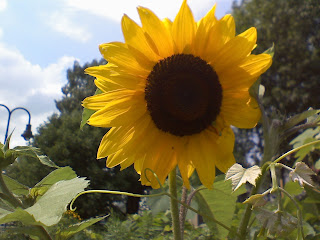 Yes, I am uncontrollably moody. I felt it coming on earlier today, but it is really hitting me hard tonight. I don't want to hear it from anyone either. I see other people happy and I want to vomit, I see other people moody and I turn away. I just can't be bothered by anyone or anything right now.

This is just the worst, knowing you can't just automatically tell yourself to cut it out, everything is fine. But instead sitting here, wallowing in self loathing and disgust for all things human. Beam me up, Scottie, I need to get the hell out of dodge.

I don't even know where it's coming from. I had an average day. I met my old boss for coffee this morning and she told me that a head injury she incurred a couple weeks ago made every crystal clear, her work should not come before her health and well being. I thought, that's great, she's moving on to greener pastures. But what the fuck. Why haven't I moved on yet? Why don't I have a direction? What the hell am I doing with my life?

I can't explain it, but my entire life has revolved around "who are you going to be when you grow up?" Not a day goes by that I don't wonder what the hell am I doing. I have nothing to complain about personally, but professionally is a whole different ballgame. I don't know where this pressure comes from, but it is a deep and heavy ache that I cannot possibly try to hide anymore. For some reason I associate "job" with "life's work". Even though those two are rarely synonymous, I can't shake their connection. I am not happy just working. Honestly, I'm completely miserable.

This is clearly the core of my crankiness, not just today obviously. There it is, all out on the table. I love my life, but I don't know what I'm doing with it.

That's a pretty heavy problem for just being moody.

Oh well, at least I was able to release a little bit of it. Now I think I shall have a glass of wine while I wait for my dinner to be delivered. Goodnight, world.
No comments:

Greg and I are trying to make a baby. Last night he jokingly said to me, "I feel so used" in response to our baby making schedule this weekend. I love it.

I had a big birthday a couple weeks ago, the big 3-0. I was in Montana and didn't have a chance to write about anything that I was feeling, but don't worry, I think I have a moment now to pontificate.

I don't know why everyone around me turned 30 and didn't care. It feels so important to me, like turning 16 or 18 or 21...but more determined. Those ages symbolized a certain freedom, 16 was old enough for your parents to trust you, 18 meant you were an adult and 21 meant you could drink and even 25 - I could finally rent a car! But there are no additional freedoms to be distributed at 30. Instead, I feel imprisoned by own thoughts and unfulfilled dreams. Instead, I feel like I need to restructure what I thought I would have accomplished by now into a new plan for the future of what is possible.

The only problem is, I honestly don't know what I'm planning for. I have a few dreams and ideas, and the spark and passion I had for planning my future is exciting and different now because I have another person to plan with. But I am still the same as I was at 18, because I still have no solid idea about what I'm doing. Dreams are lovely, but without a course of action, will I end up here again in another 30 years wondering how I never accomplished any of them?

I hope not, let's keep our fingers crossed. Happy belated birthday to me.
1 comment: 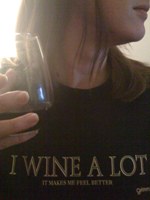